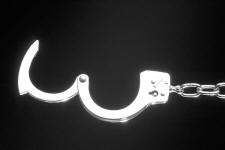 [1]Having cash on hand as a trader offers tremendous freedom, there is no doubt about it.  For quite some time now (many weeks), I’ve been in cash on an overnight basis while this market corrects.  I’m thankful that has been the case, allowing me to enjoy that freedom of picking and choosing my spots for when I want to be involved in this tape and when I want to be sidelined.  As a result, I’ve been focused on day trading so that I can manage my risk effectively and avoid getting caught on the wrong side of one of the many giant overnight gaps which have come along.

The downtrend has been absolutely brutal to those who are invested, trapping them at higher levels and removing their ability to act quickly when they see trade-worthy opportunities.  Those who have refused to take small losses or who have attempted to buy at levels they felt would be turning points have instead found themselves handcuffed by their positions.  I know because I’ve heard from them lately, and because there were times in the past when I’ve been there too.  The market-wide frustration of late which has been caused by that is enormous, and we’ve seen the effects of it by way of huge volatility and heavy selling even after a major decline.  Nobody would choose to sell after such a big slide, so those who are doing it clearly have to.

If this selloff caught you by surprise and you’ve become a stock-, er, stuckholder because of it, there are some lessons you’ll no doubt learn from this process.  Let’s take a look at a few in particular…

Remember, there’s tremendous freedom for those holding cash – especially right now.  Far too many traders don’t have that luxury at the moment, so if you do, congratulations.  If you don’t, then you’re going to have added incentive to move to the sidelines the next time you see a market correction starting.  When that occurs, if you’re able to stay flexible and keep trading (move to cash when necessary), you’ll recognize that there are two kinds of good markets [2].  The best kind of course doesn’t require higher prices for you to be able to make money.

Returning to cash offers opportunities like nothing else. Not only does it clear your head and leave you fully objective when viewing the price action, but you can sit on your hands until your favorite setups come along.  You’re able to watch the price action and move quickly when you see the need.  And most of all, you can preserve capital [3].