Ever been downright frustrated with your trading?

If you’ve been a trader for any length of time, I’m sure you have.  There can be stretches of disappointments during which it feels like getting on the right side of a move might not ever again happen. Your account shrinks and your confidence takes hit after hit, causing you to question your desire to continue playing the game.

If it sounds like I’ve been there, it’s because I have been.  Multiple times.  Every time I’ve hated it just as much as the first time, but every time I’ve emerged as a better trader.  No pain, no gain! 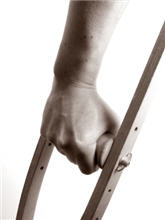 I think it’s a good exercise for every trader to know their thresholds, and to determine just what you’re willing to lose during a poor trading stretch.  That’s not to say you plan on it, but rather you designate some amounts, which if lost, will prompt you to make some immediate adjustments.

That might be a dollar amount subtracted from your account highs, or it might be how many consecutive losing trades you’ll endure when a drawdown occurs.  Once those flags have been raised, it’s time to shift the routine.

It doesn’t mean you entirely abandon an approach which has proven to work for you over time, but rather that you install some safety rails for yourself before the damage [2] becomes far more difficult to repair.

If you’ve suffered from a recent drawdown, it’s important that you take a few steps to get back on track – both in the near term and for the long haul.

In the near term, it’s crucial to preserve whatever confidence you have left.  Remember, that’s your psychological capital [3], and it must be protected [4].  Take a few days away from trading, maybe a week, and just clear your head.  This may sound obvious, but stepping away is the best way to stop losing! Discouragement leads to some poor decisions in trading, so come back in a few days to resume trading after some of the irritation has subsided.

When you do begin again, cut your position size down to an amount which is insignificant [5], whether win or lose. You want to gain some confidence in trading well once again, making some good choices without the influence of recent losses.  P&L becomes an afterthought [6] at this stage.

Focus on the method, on making good trades which work, and then gradually increase your trade size so that the profits return. The first few trades might not grow your account, but they can greatly aid your thinking process by lifting the pressure of “making it back” and then you can get to that shortly thereafter.

Staying in the Game

A string of losing trades is no fun – downright frustrating, irritating, and bothersome. But the idea is to limit the losses when they do come (and we know they’ll come, that’s just part of trading) so that we are still trading when the best opportunities come along.

That’s how my method is. I equate it to a poker player who loses small [7], hand after hand, folding to surrender antes before finally sticking with his bet when a good hand comes along so that he can win a pot.  Lose small, lose small, win big – that’s exactly how trading must be.  How you choose to respond to losing [8] will make or break you.