It’s a known fact that in the market, you get paid to take risks.  We all know that, right?

But are you getting the proper rewards for those risks?  Are you taking the most appropriate kinds of risks? And perhaps most importantly, do you recognize the extent of the damage which can be done when you take on risks which are larger than you can handle? 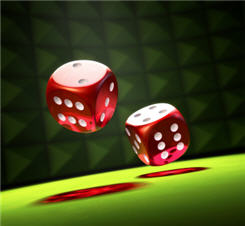 I’m in the midst of re-reading a great book on risk right now (I’ll put up a post before too long about it, because it’s something you should read), and it’s got my wheels turning.  I’m reconsidering exactly what is risk, how much I should be taking, and why I need to embrace it.

Before sharing too much about the book, let me share with you a couple things which are on my mind right now, and I’ll lay out the rest in a later post once I’ve finished the read.

Defined Risks are the Best Kind

Option traders often refer to their ‘max risk’ on a given trade, because on some strategies they are able to truly limit their downside risk to a set amount.  If they’re long premium, the most they can lose is 100%, for example.

But an equities trader like me needs to think in terms of a different kind of risk factor.  Yes, I could buy 1,000 shares of XYZ at $20 per share, and my max risk (in terms of capital outlay) would be $20,000.  But that’s not realistic risk, because it’s so incredibly unlikely that stock is headed to $0 – especially over the course of a few days when I’d expect to be in the trade.

Instead, it’s important when trading stocks to think in terms of max $ risk if the trade fails (not if the underlying company fails).  I touched on this concept of dollar risk per trade [2] earlier this month, but let’s look a little closer at it.  If I know my entry and I can designate a stop loss on the trade, then barring any drastic circumstances I’ll be able to exit at or very near that stop should an adverse move occur.  That’s the risk I want to be familiar with.  The kind of risk that says “if this trade doesn’t work out, what do I stand to lose?”

That’s very different from simply looking at every trade from a capital outlay perspective.  It’s a major shift for some of you to start thinking this way, but it can also make a major impact on your trading to implement it.

Making what could turn out to be a difficult decision before getting in the heat of the moment can be the most important part of your trading plan.  It’s one thing to hunt for entry after entry, locating breakout levels and spots where trend lines could get broken, but it’s an entirely different thing to know where you’ll look to exit that same trade, whether it moves in your favor or not.

I’ve said before that a good trade is usually a planned trade [3], and that definitely involves knowing your exit from the outset of the play.  So before you place that order to enter your next trade, decide on where you’ll get out of it.  Set a bracket order [4] or jot it down, or at least verbalize it somehow!  That’s still better than thinking you’ll get around to it later.  Don’t procrastinate – decide on an exit.

There is no reward without risk, and there should be no risk without reward.  Knowing this, there’s absolutely no reason why each trade shouldn’t have some favorable objective associated with it, so set a goal for each trade.  A realistic one that could quite feasibly be reached during the course of the trade.

Perhaps you’ll set a hard target and book profits once that level is reached regardless of how strong the momentum seems at the time.  Or perhaps you’ll plan to book partial profits at intervals along the way.

At the very least, having some idea of a level where your stock could move to is still going to help you formulate a game plan, even if you don’t choose to leave a resting order in that zone to book profits.

If you know your stop and you have some kind of upside expectation, then you’ll have a far better grasp of just what your risk is on a given trade and whether or not it should be taken.