As a Seinfeld fan, I really enjoyed The Fatigues [1] episode where Jerry dates a woman with a mentor.  George needs to give a report on Risk Management, and passes off the task to Jerry’s girlfriend so she can read all about it and save George time. 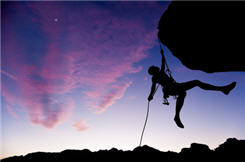 But Costanza isn’t the only one who doesn’t fully understand Risk Management.  In fact, far too many traders struggle with this very topic, and it keeps them from surviving and from succeeding.

So, let’s look at 3 pillars of risk management as a way to keep it simple.  If you can nail these down, you should be alright.

This is a biggie, no doubt about it.  Simple on the surface, but not easy to put into practice.

As traders, our capital is what keeps us in business.  Ignoring the consequences of mismanagement is a major mistake that’s not easily recovered from.  Those who fail to understand the importance of first preserving what they have tend to place profits ahead of protection.  That leads to the age-old error of eyeing new trades with only potential gains in mind, rather than placing equal importance on potential losses if the trade fails.

Capital comes in two forms…psychological capital [3] and trading capital.  Both must be protected with vigilance.

Psychological capital is the amount of inner strength, confidence, and willingness to take risks that a trader possesses.  It can be eroded through many mistakes, and it’s not easy to replace.  Protecting one’s confidence as a trader is paramount to staying in this game, because the trader who’s unwilling to pull the trigger [4] when good opportunities come along won’t ever win.

Trading capital is what’s available in your account, and it’s of course the type of capital most are familiar with.  Money can be more easier to replace than confidence, but it’s still critical to manage risk in such a way that your account stays intact.  Traders who disregard the importance of keeping an adequate capital base find out quickly they’re unable to profit big enough to matter, even when they’re right.  So, try to maintain account highs as often as possible, and you’ll find your account is growing on a regular basis.

This one will vary for everyone, so the secret is to make sure you’re trading position sizes which allow you to be at your best.  That means avoiding trades which mean too much, both psychologically and financially.  Let’s look at those one at a time.

Psychologically, the ability to recover from a loss is something we all must ensure.  Taking a big hit from a trade which didn’t work out leaves us vulnerable to anger or despair, and neither are beneficial to our trading.  Anger promotes revenge trades, and that typically leads to digging a deeper hole than that which we may find ourselves in.  Despair leaves us so focused on our emotions that we fail to recognize good opportunities when they come along.

Financially, we never want to be trading so large that we can’t recover from a loss.  Taking a fairly large position [5] when you’re confident is one thing, but dumping your entire account into a single idea is another.  Consider the math behind poor trades, for example.  A 20% loss in your account will require a 25% gain to get back to flat.  And the deeper that loss gets, the more that’s required to make it up.  Taking several smaller trades instead of one big one might require more management, but it can also greatly help to avoid one major disaster.

Exit When You Know You Should

This sounds really simple, and it is, but it’s the follow through which makes this one difficult for some.  Making a trading plan [6] is one thing, but sticking with it can be another issue entirely.

It’s all about discipline, and that isn’t going to change.  You know at which point you’ve stayed too long in a position and the time has come to kick it to the curb [7].  All of us know what it means to blow stops [8], and most likely, it doesn’t pay off when we do.  That’s a self-inflicted [9] mistake that can be avoided, provided some measures are taken to help automate the process [10].

Here’s the thing…defined risks [11] are the best kind.  Pick your exit at the same time you select your entry, and commit to it.  If you struggle with that, set a stop order the moment you’re filled on your entry, and then you won’t have to make a decision under the gun.  If you get stopped, you most likely just saved yourself some additional pain.  But you’ll be managing your risk effectively and reinforcing discipline even when you’re wrong.

If you’ll protect your capital, trade your proper size, and get out when you know it’s time, you’ll be doing 3 of the things the most successful traders focus on.  How can there be any downside to that?