After a lengthy period of indecisive, range-bound price action, we’ve seen the market gather some momentum in recent weeks.  The push from the July low was rapid and relentless – clearly a change of character. 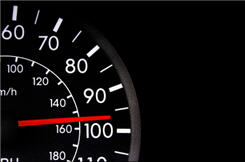 The landscape tends to shift like that from time to time.  Sometimes key levels serve as steadfast boundaries for price and don’t allow it to gather any steam in either direction.  But at other times, we’re in a run-and-gun market where we get trend days after trend days, and follow through is far easier to come by.

Let me be clear though:  that doesn’t mean it’s easy.

In fact, the momentum game really requires a different kind of mindset for success.  Dare I say, it can be much tougher on the experienced trader.

Let me explain why.

Mindsets of the Amateur and the Adept

First, let’s examine the novice.  Generally, their approach can be quite simple…

Often times, they may not even consider how much green they’ve just seen – all they know is that there’s strength present, so they buy without concern.

This mentality contributes to the momentum, and when it’s particularly strong, they make money without much stress.  Soon they’re saying, “I think I might quit my day job!”

On the other hand is the experienced trader.  A guy like me finds it particularly difficult to chase stocks, because in my post-beginner trading phases I’ve bought the top or sold the low.  It isn’t fun.  Experiences like that can leave you a little gun shy, and it becomes a habit to recognize at which point a play has moved too far for a new entry.  Thoughts creep in, such as “Is this market ever gonna rest?”

So, seeing a stock which just ran 5% intraday, for example, leaves me far more likely to respond with an I’ll catch the next move mentality.  I know how nice it is to have some inventory to flip out to those late-comers after a big pop, so when moves start getting extended, my preference is to start lightening up instead of adding.

This “I forgot my track shoes today, so I won’t be a chaser” mentality might frequently serve to help me protect capital [2], but during those times when powerful momentum is present, it can actually cost me opportunities.

Knowing this, how bout we take a look at 3 ways to identify and trade momentum.  That could help us adjust when the conditions warrant hopping on board the train when it’s already in motion.

1.  Recognize a change of character. Paying close attention to the environment you’re trading in will make it more obvious that your approach should change accordingly.  Perhaps recent advances have been 3-4%, and suddenly a 6% move arrives and shows no signs of fatigue.  That’s a change of character, and it’s a signal to shelve your current strategy for the time being.  And if you don’t have another style to turn to, then it’s time to seek out another way [3] to profit.

[4]2.  Watch the volume. Under normal circumstances, even with a trend, we can compare upside volume to downside volume and notice some patterns emerging.  For example, an uptrend might see spurts of strength accompanied by higher volume, and periods of rest accompanied by lighter volume.  But when real momentum arrives, the volume may not follow that same pattern.  Price simply gets on the move and keeps the pedal to the metal, and volume doesn’t have to play a major role.  Market participants are simply caught off guard, and there’s a persistent move as they jockey for position.  Many times that results in consistent volume levels which don’t surge and contract like they do during a rally-rest-rally type of phase.

3.  Notice when a pause is ignored. If you’ve been trading for almost any length of time, you’ll notice times when price starts to get a little stretched and is getting due for a rest.  If that rest is not allowed, then momentum is definitely present.  Lace up those running shoes, you’re probably gonna need ’em.

One last note on this topic, which is that support and resistance [5] levels are largely ignored when the momentum train is running.

That means if you’re looking for reversals or pauses at ‘logical’ zones, fugettaboutit!  Not likely to happen.  Momentum arrives when more emotion is present than logic, and emotion stops for no level.

Those typical reversals near key levels we tend to see during quieter times just aren’t going to happen, so go with the flow and don’t fight it until the tape tells you it’s tired.

Jeff White
Are you following me on Twitter [6] yet?