If you have traded for virtually any length of time, you’ve no doubt found yourself on both ends of the spectrum when it comes to winning and losing.

At times we can do no wrong, nailing trades with concise entries and the ability to scale out at our own prices.  It’s nice.  And during those times when it feels much more easy to fatten our accounts, it seems like such a foreign concept to lose.  How could I ever have done that? 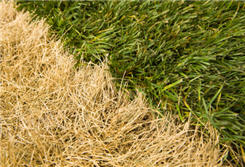 The Grass P&L is Greener on the Other Side

Other times, we find ourselves dead wrong with terrible timing.  We’re dead wrong, and it feels like the moment a trade is entered, it begins moving against us.  Frustration builds while confidence erodes, and you wonder if there’s something else you should try – anything to stop the bleeding.  To top it off, knowing that we’re building the accounts of those guys on the other side [1] of our trades is completely awful!

When we’re at our best, the traders we’re going against know the P&L is greener on the other side.  Our side. It’s not about keeping “them” down, but rather ourselves up with consistency.

If there is one reality of trading, it is that we will indeed have losing trades.  But how can we find ways to increase our odds of staying on the winning side more often?

5 Ways to Maintain an Edge

Put Yourself in Their Shoes. Considering the other side of your trades on a regular basis can give you a valuable taste of the emotions driving your competition to take action.  Recognizing the greed or fear of traders by way of the price action will give you a valuable edge, whether by way of timing a new trade or adding to your confidence in an existing position.

Remember that Cash IS a Position. At times you’ll need to move to the sidelines, and others will wish they were with you.  Feeling like you need to be in something all the time is a major but common mistake.  When you see no great opportunities, sit on your hands.

Maintain High Standards. This goes hand in hand with the previous point, but those who overtrade are not keeping the bar set high.  They’re lowering the barriers to entry, so to speak, by accepting mediocre setups, sloppy patterns, and generally trades with risk/reward profiles that aren’t in the upper echelon.

Zig and Zag. Many of us do have a directional bias with our trading, which may simply be a part of our nature.  But trading isn’t about making ourselves comfortable – it’s about extracting profits.  Sometimes that requires us to lean against or, dare I say, step a little outside those outer boundaries of our comfort zones.  Consider the occasional short sale, because there are always weak stocks (even in a bull market).  And even within a bear market, there will be strong stocks to focus on.  Keep an eye on the outliers, there’s opportunity there.

Don’t Hesitate. When you see the writing on the wall that you’re poorly positioned (on the wrong side, or on the sidelines), act immediately.  Hesitation opens the door for doubt, which results in costly delays.  You either end up chasing a stock too far and end up with a poor entry, or you miss it entirely.  So the moment you know you need to be out of a trade or into another, do it.  Stay sharp, and show up focused.  Speed is everything in this game, and absolutely includes your decision-making.